Stimuli were International Phonetic Association symbols in isolation (where appropriate) and placed in non words, arranged as a power-point presentation and presented to the participant via fibre-optic video goggles. 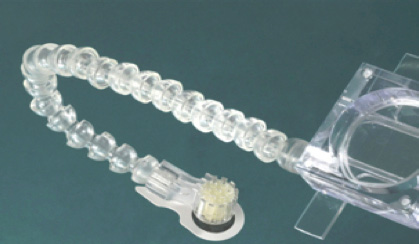 Further noise-cancelling was carried out using widely available software, e.g. Audacity (Audacity Project 2005) and Praat (Boersma, Paul & Weenink, David 2013); however, it was not possible to completely remove extraneous noise relating to the ultrasound machine without removing too much of the speech signal. For the purposes of the Seeing Speech resource, that is, to exemplify sounds on the IPA chart, we opted for “clean” audio that matched the MRI videos by resynthesising (or temporally-modifying) speech samples produced by the same speaker during a UTI recording session using Praat (Boersma, Paul & Weenink, David 2013) (see Figure 2). To ensure that the resynthesised speech samples matched the original recording from the MRI session as closely as possible, the denoised audio recording from the MRI session was presented as an audio stimulus along with the visual prompt during the UTI recording. We also examined the lingual articulation in the MRI and the UTI recording to make sure that they were comparable. 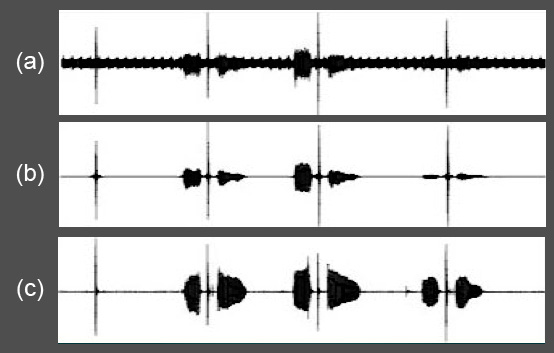